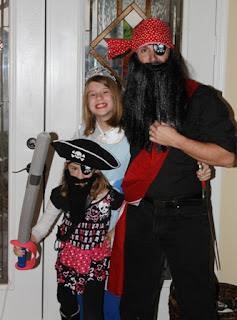 So, finally the big news that I haven't been able to share.  I have a new job!  I have been under strict instructions not to discuss it until a replacement could be found, but there is really no such thing as a secret in the age of facebook, and the secret is out.
About a month ago I got a call from an old friend at the school where I used to work.  A teacher was leaving in the middle of the year and they needed a replacement.  I said no, of course.  I have a job, a good one.  Then she started to tell me about the position.  One double period of Advanced Placement Biology along with three sections of  Advanced Placement Environmental Science (APES).  All college level classes, all great students.  I agonized, and considered, and eventually decided to give it a try.  The interview was last Friday and it went REALLY well.  By that evening I had accepted a job offer.  All that remained was giving two weeks notice that I was going to be leaving my current job.  Even that went very well, though I was extremely apprehensive.  The best part is that even though it is a school of choice with a lottery for admission, as a teacher, my kids will get in automatically.  So now I know where they will go to junior high and high school.  I've basically been working two jobs during the transition.  Teaching my own classes as usual in the morning and then trying to get things ready for the new job in the afternoons.  Evenings are full of reading and planning and organizing. I'm trying to neatly tie up loose ends and prep two new courses while ensuring smooth transitions on either end.  I guess it is fair to say that it's been a bit busy around here.
Tonight Kurt and the girls are off at a Father daughter dance.  The theme is pirates and princesses.  Ryan and I got a movie and some snacks and practiced being vegetables.  Actually, he vegetated while I worked on collecting and collating and organizing lessons and plans and ideas.
Posted by scraphappy at 9:02 PM

Congratulations on your new job. It seems like a great fit for you and your family.

So so so excited for you. Stop in when you can, but I SURE understand if the Soscrappy world is quiet for awhile!

Kurt and the girls are adorable!

Congratulations, Angela. You must be a very special teacher to land that great job. Have fun with it.

How exciting! Congrats on the new job!!

What a WONDERFUL dad! I bet they are going to have a blast at the dance!! They all look great!!

Congrats, I am sure everything is going to work out wonderfully. The dance will leave memories for years in the hearts of all involved too.

Congratulations!!! How exciting for you! You will do fabulous.

Congratulations! That's wonderful for you and the children.

Congratulations! What a wonderful thing to happen.
judee

Many congratulations on your new job!

Congratulations! How exciting! I hope you do well and it's a good fit for you and your kids...Try not to stress out too much. My best to you.

BTW, cute pictue of the hubs and girls. I hope they enjoy themselves.

Congratulations on the new job, hope you enjoy it

Congratulations. It's going to be very exciting for you and very exhausting for a while, so perhaps not much sewing going on. And I'm amazed that you only have to give two week's notice. Here, a teacher has to give a minimum of half a term's notice, about 6 weeks.

Wow that is wonderul! Congratulations and good luck on the new job.
Your hubby and kids look awesome!

Congratulations. I did a mid year transfer once and it is not easy to do. You are torn between the new opportunity and leaving the old one. All the best for a smooth transition. Joanne

Congrats on your new job. Hope the transition goes well.

Very exciting! Congratulations on your new job...sounds like a great challenge!

Congratulations on the new teaching position. It sounds good for both you and your children!

Oh Congrats on the new job! I like new things, but I"m not sure I like the 'new' part of a job! I know you will do very well. I have a brainy kid, so LOVE having a teacher that challenges him! My challenge this week is my DD dog coming to stay for 9 months! OH a house with FOUR DOGS>...I think I need to find someplace to open up a doggie day care...sigh!

Congrats on the new job!! I was wondering why the posts from you had dropped off a little. But this is great news!!! :)

Congrats on the new job! I'm just curious what part of FL you live in since DH is really thinking of moving us from VT to FL in the near future. Lots of research to do (schools, doctors, housing, jobs) so we'll see what happens.