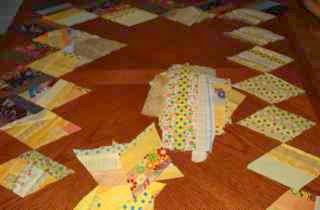 I was looking forward to playing with pink scraps today, but instead I was sidetracked with these yellow crumb diamonds for the anniversary quilt for my MIL.  I would have gotten them done had I sewn the day away, but life got in the way.   Kurt came home from work Friday feeling tired.  He has already been sick once this year, so I was sure he would be fine.  I guess I was wrong.  By today I was really worried about him.  Fever, coughing, shaking, hardly able to stand up.  So off we went to the urgent care to confirm the flu and get a prescription for Tamiflu.  He's been passed out all day long, leaving the rest of the usual weekend stuff up to me.  So the girls and I are planning to watch the Superbowl together.  Strange choice, but it was already the plan before Kurt got sick and Ryan abandoned us to hang out with his friend.  We're having appetizers and soda and ice cream!  I'll switch to Downton after bedtime.  I'm sure nobody would mind. 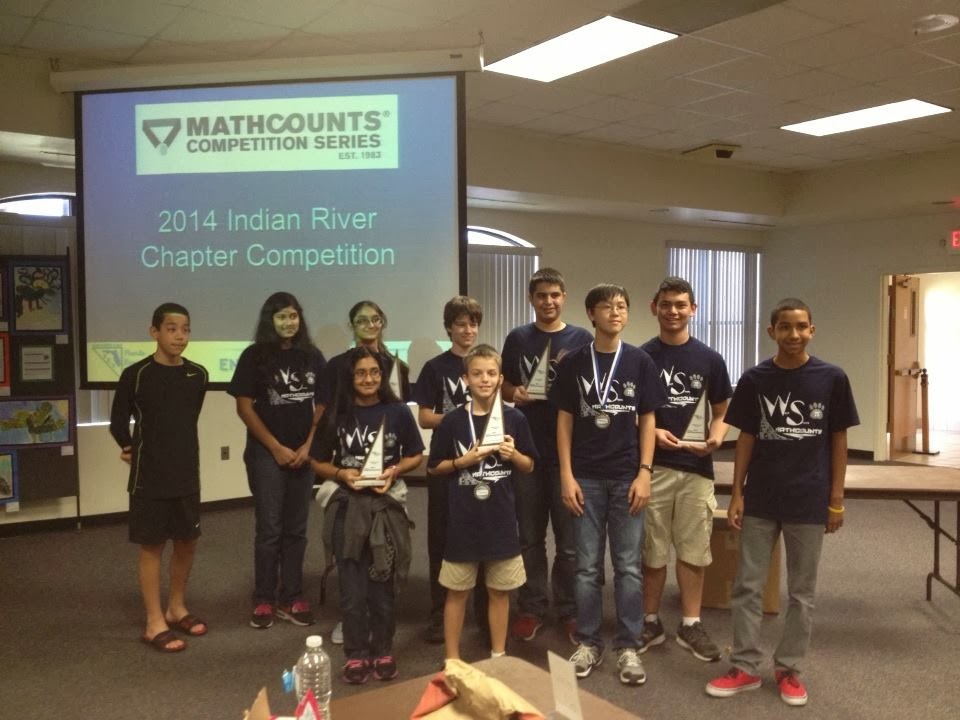 So here is Ryan and the Mathcounts team yesterday.  He was 6th overall.  The highest ranked 7th grader I think.  His entire team took 1st and so they are headed to the state competition next month.  They will take the top four from the team and he is ranked 3 in that group, so he will be off to Orlando for an overnight trip.  He doesn't want me to come with him.
Posted by scraphappy at 6:22 PM

Congrats to your son! I hope your husband recovered quickly with no one else falling ill. Good luck!

Poor Kurt. I hope he's a good patient, not too whingy and bothersome. Well done to Ryan, he sounds like a real maths whiz.

Congrats Ryan (so funny he explained the problem to you!). Hope Kurt is feeling much better today and that the flu bug leaves the house without getting anyone else.

Hope Kurt is feeling better today. DT had the flu last year, I'd forgotten just how miserable it is.

Drama Teen is off to State Science Fair next month and she doesn't want us to go with her either.

So sorry the flu germies hit your house but congrats on the Math win.