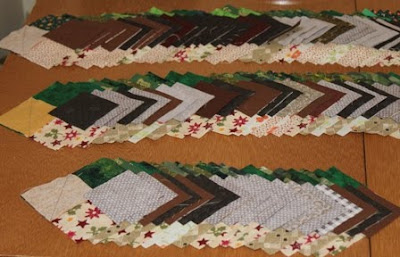 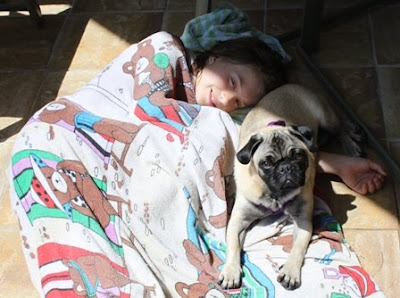 It isn't really warm enough to swim yet. (Unheard of for this time of year in Florida) But I've been turning on the hot tub for the kids and they've been in and out of the pool quite a bit this week. Anna is convinced that Lizzie likes to swim and has been giving her lessons. Lizzie isn't so sure. I think we are going new car shopping this afternoon for a new mini van for Kurt. Yesterday was a trip to see How to Train a Dragon and tomorrow I think the zoo is on the itinerary.
Posted by scraphappy at 10:58 AM 2 comments:

Finally -- spring break has arrived! This weekend my mom was down from Georgia for a visit along with her husband Tom. It was a short visit, but we did a little shopping and saw a spring training game this afternoon before they headed out again. Our home team for spring training is the Washington Nationals, and they were playing the Braves. We left a little early because it looked like a storm front was moving in. I'm glad we did, because now we are under a tornado warning and are all sitting watching the news.
I haven't had any quality time with my sewing machine yet. The guest bedroom was prepped for company and everything got put away. I'm planning on doing some serious sewing this week though, starting with the March and April BOMs from Amy. After that I'm not sure yet, but I'd like to accomplish something substantial with all my "free" time.
Posted by scraphappy at 6:34 PM 3 comments: 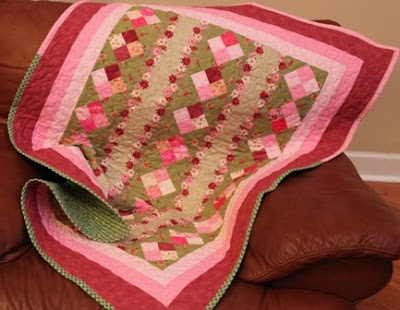 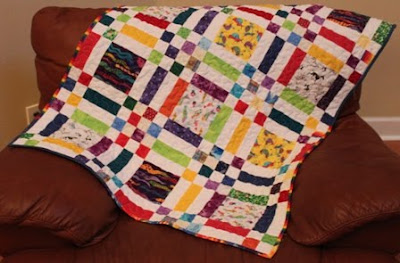 The next is for a surprise baby, so I went with brights and novelties. It was getting late by the time that the binding came up, so I did a cheater turnover binding on the first and sewed both sides on the machine for the second. I'm not thrilled with how that part turned out, but I was rushing a bit.
I would have come home and gone straight to bed this afternoon, but it was Girl Scouts tonight, so I had to do that first. It is 8:33 now though and I am calling it a night. Just two and half days until spring break, pushing jello up hill the whole time.
Posted by scraphappy at 8:28 PM 4 comments: 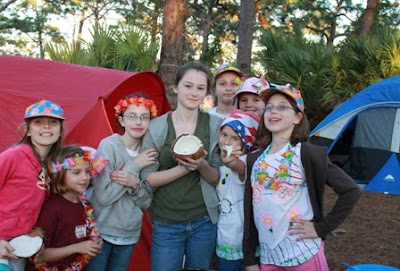 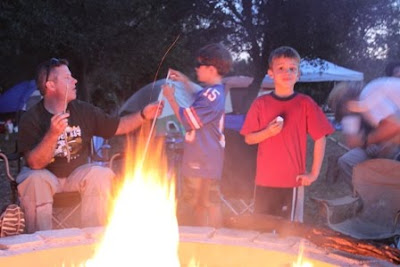 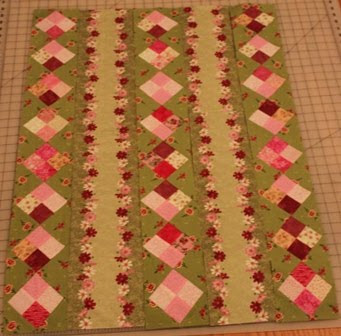 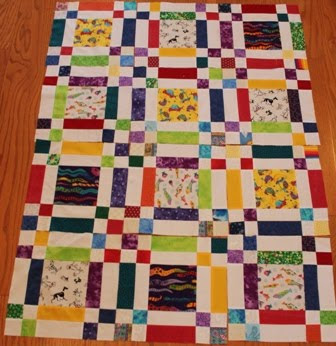 The other is based on a pattern that I saw in Quiltmaker magazine and uses strip sets and four patches surrounding squares of novelty fabrics. I used 2 inch strips instead of the 2.5 inches in the pattern, and increased the size of the center squares as well. I think I changed the corners a bit too, though I don't have the pattern here to check. Looking at the photo, I'm thinking I could have made them a bit larger still to be equal in size to the total size of the 16 patches formed where all the corner squares meet. I've got the blocks put together now, though they aren't in the pictures. Now I've just got to find something for the back and get them all layered up. They aren't large, so it should take long to get them quilted and bound.
Posted by scraphappy at 9:22 PM 2 comments: 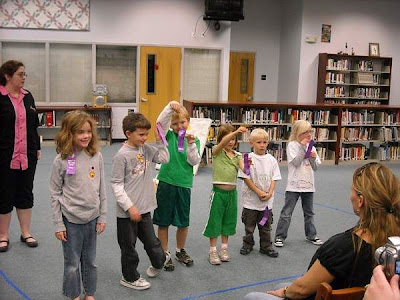 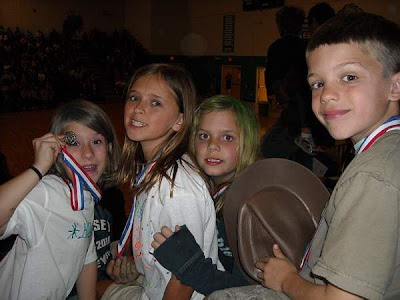 The big guys got second place which is well enough to qualify for the state competition.
It has been busy for the last few weeks and with another round of OM coming up, it doesn't look like that is ready to change anytime soon.
Posted by scraphappy at 5:00 PM 4 comments: 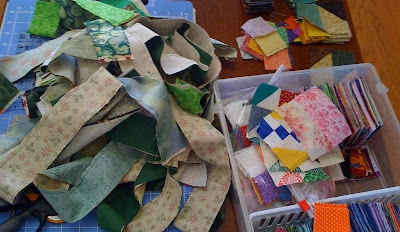 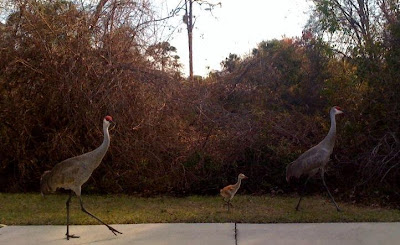 Spring is trying to happen, but it has still been unusually cold. It doesn't look much like spring with all of the dead foliage from the winter cold snap, but some of the trees and bushes seem to still be alive. I think it is late enough now that we can start to get rid of some of the dead stuff.
Posted by scraphappy at 3:26 PM 5 comments: 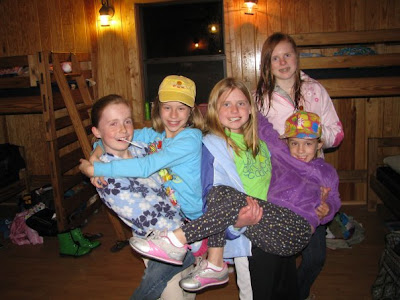 This weekend was the annual Girl Scout Leader Daughter camping trip. Both girls went with me and we had some serious mother daughter bonding time. Sydney stuck pretty close to me most of the time, but Anna had two friends along who were her own age. I haven't managed to find my camera yet in all of the unpacking, so instead I stole this from my friend Ashyln's facebook page. I was lucky enough to be able to have two of my own friends along this year, so much fun was had by all. I even got to carpool with my friend Meisje, so we got caught up on all the things we've missed discussing since I became a lazy bum and stopped running with her.
It was a bit cold and rainy on Saturday, and we were ready to call it quits after dinner if the campfire wasn't going to happen. We were lucky enough to be "camping" in heated cabins, but it still wasn't quite as much fun after most of the outdoor activities had been rained out. It did clear up though in time for s'mores and campfire songs all around. We were home on Sunday in time to sell some more Girl Scout cookies and get ready for our OM meeting.
OM is next weekend, followed by Girl Scout Camporee the weekend after. I think the next one is Cub Scout camping and pinewood derby. We might be clear after that, although now that I add up the weeks, that might bring us up to Spring Break. My mom is planning to come and visit, I hope that all works out because otherwise we had been planning a trip up to see her.
I didn't do much sewing this weekend, although I did push through some more of the star blocks. I got them all ironed and trimmed tonight, so I can put the blocks together the next time I get a chance.
Posted by scraphappy at 10:02 PM 1 comment: