The power was out for most of the night, but it is up again now.  We might or might not be under a boil water alert, still trying to figure that one out. 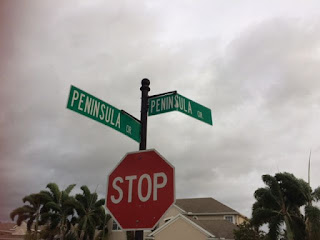 Part of the fence blew over, so we went out this morning and propped it up a bit.  It didn't hit anything on the way down though, so all is well. 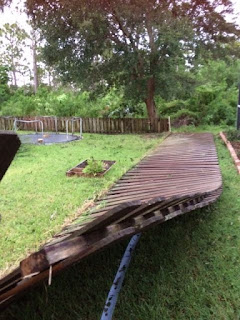 The kids got a bit stir crazy in the hour this morning before the power was back up and demanded to drive to Atlanta.  Silly children, it is headed there next. 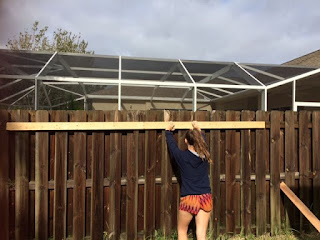 I've been sewing circles.  Small, simple, not requiring much concentration.  Now it is just waiting for everything to get back to normal again.

First though, maybe a nap?  Not much sleeping happened last night.
Posted by scraphappy at 10:14 AM

having no power is something that kids have a hard time with I find - if they do not like to read but want their electronics instead it can be difficult. When my grandchildren are in situations like that the granddaughter who loves to read grabs a book - the grandson on the other hand paces the floor looking out the window - checking is phone or Ipad every little bit to see if he is connected and has power and goes crazy with boredom.
Glad you came through the storm just fine - I think most have - it wasn't as bad as expected I think which was a good thing.

Glad to hear all is well!

Happy to hear from you!

So good to hear you are relatively unscathed. Hope life isn't too complicated in the coming days.

So glad you are okay. I am also working on some scrappy circles.

Dodged the worst of it all! So glad you all are okay there. Pretty little circles.
Hugs

So glad you are all okay. Enjoy your nap!

Glad you made it thru with little problem.....Waiting to hear from my brother in Port Charlotte.....Stay safe.....Put the kids to work cleaning up, that should keep them busy.....LOL ...D M

Glad to hear that your all ok.

Mine want to go outside but it is still too windy over here.

Glad you weathered the storm ok!!!!

glad you are ok

Glad to hear that aside from the fence all is ok there :)

Glad to hear you came through mostly unscathed. I have family in Jacksonville who have said this morning that all is well, with only some minor damage. Still waiting to hear from friends in Tampa who had evacuated earlier in the week. I know they are OK, but wondering about their house.

Glad to hear that you and you family weathered the storm with minimal damage to your property. Take care and get some rest.

I'm glad to see your family fared well in this huge storm.

*Sigh of relief*. So glad you made it through safely, with minimal damage.

Good to read your post ! Irma's rain will be here tomorrow . . .

Glad to see you were safe. I watched it most of the night over here in Louisiana too. Making sure it did make that northward turn!
glenda

It certainly seemed that no part of the state was spared Irma's rampage. Glad everyone is safe and that you don't have too much damage. Hope you got in a nap to make up for all the stress last night.

Glad you are safe!! Hope you finally got some rest.

Whew! Glad that you are safe! I say put the bored kids to work on cleanup, but that's just me. When do your classes start up again? Any damage to the school?

What a relief to hear that you are all okay. All over but the cleanup?

So happy that Irma veered off to the side and that all you had to do was upright the fence! YAY! I'm glad you are all okay.

So glad that you are all OK. Yes, kids can get "cabin fever restless" easily. Glad you got time to do some quilting. Prim blessings.

So glad to hear you made it through and without much damage.

Thanks for letting us know that you are OK!!