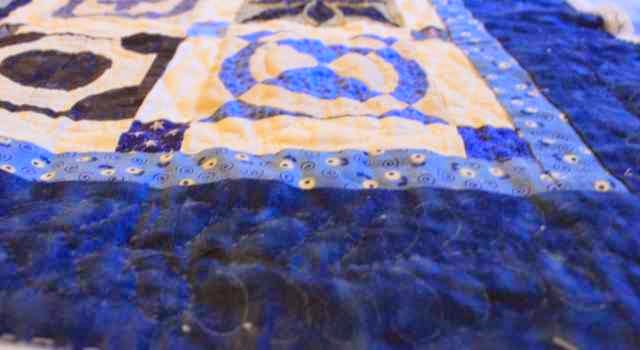 As nice as it is to visit family, nothing quite beats the feeling of being home again.  I was just rounding the second corner of the border on my little blue Dear Jane quilt when we exited the highway toward our house. 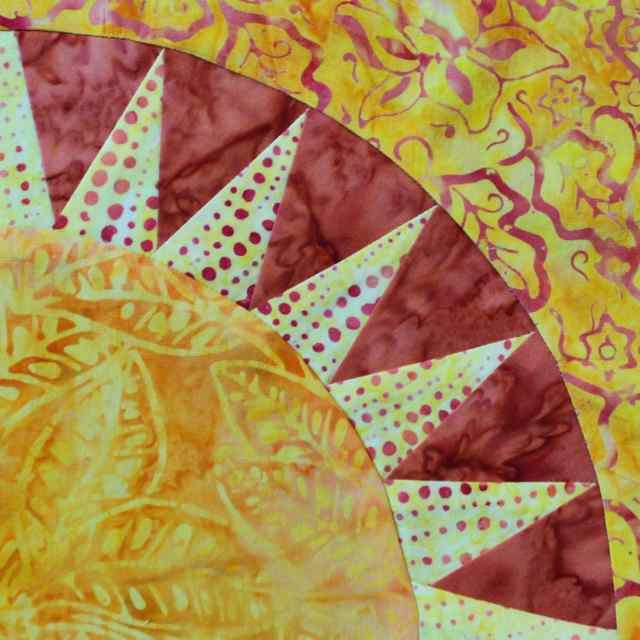 I felt the urge to sew a bit when we got home, so I drafted this test block for a New York Beauty quilt that has been running through my mind.  I need to get a bigger compass, so this little guy is just 6 inches, the biggest size I can make with the geometry compass and protractor I borrowed from the kids' school supplies.  I meant to make the darker orange spikes on the inside.  Oops. 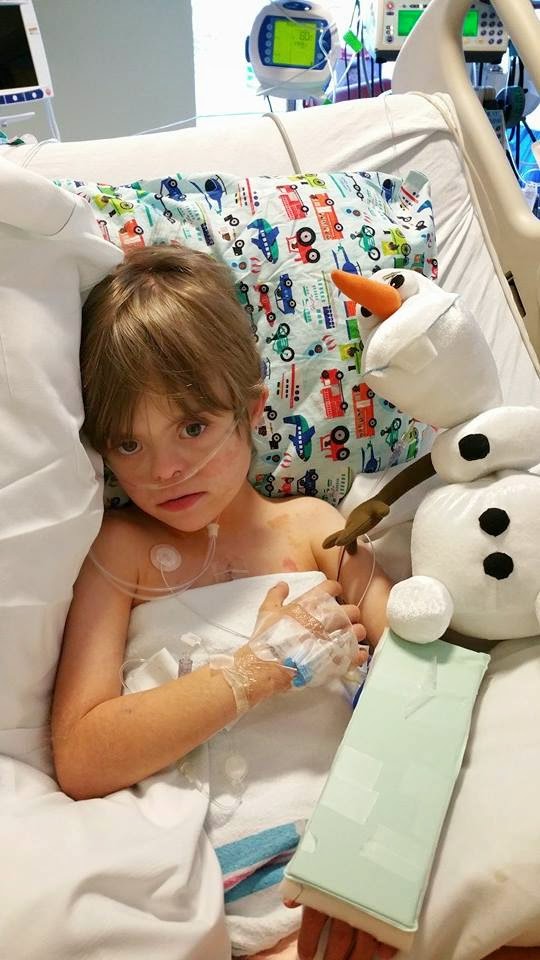 So Thanksgiving was interesting.  My sister was due to host this year.  My family was scheduled to host last year, but ended up driving to North Carolina instead when Kurt's mom was diagnosed with lung cancer.  My sister came down anyway and went to Disney, but we never got to see each other.  Well her youngest son Zac has been in the hospital for the last three weeks with a variety of life threatening illnesses.  So instead of going to her house for turkey on Thanksgiving, we all ate at the hospital and visited with Zac.  While we were there, they decided that they were going to do open heart surgery to replace a valve that had been eaten away by infection.  So we took the oldest two with us to Kurt's brother's house and hung out with them while the surgery was going on.  The surgery went well, they got a new mitral valve installed and patched up another area that wasn't fairing so well.  Turns out he had a hernia as well so they fixed that up while they were in there.  We were planning to head home yesterday because Kurt was supposed to be leaving for India today, but his visa has been delayed and we get to keep him for a few more days.  Yeah!
Can I just say how nice it is to be home again with nothing exciting going on?  We are all planning to settle in for a quiet evening of leftovers and maybe a movie.  As tempted as I am to run out for some quilt block drafting supplies, it just feels too good to be home again.
Posted by scraphappy at 4:57 PM

OH MY! Best wishes and speedy recovery to your nephew!! Hope all goes well. Thoughts and prayers to you and your family.

Wow. Sounds like a good thing you all were able to go up and visit and give some support. Love your NYB block. Your hubby is quite the world traveler! Glad you get to keep him for a few more days.

So many stressful things going on there. Hope you have some quiet time to sew and relax... and hope the sweet little nephew is okay.

It was so good that everyone could be together to provide that family support that is needed. Your nephew looks like a real fighter. I hope he mends quickly and gets to come home. I guess quilting helps to bring the normal back. Lovely New York Beauty.

Nell's Quilts said...
This comment has been removed by the author.
Sunday, November 30, 2014

Hope that Zac is well on his way to recovery. That had to be a scary time for everyone.

What a blessing to be with family for the Big Stuff and then get home to quietly recover...which I hope Zac will do in short order as well. You write so calmly about what was undoubtedly a very stressful time. Hugs!

Prayers going up for the little guy!

Welcome home! Love your NYB block - those are my colors :) So sorry to see that sweet little boy in that hospital bed - sending up prayers for his quick recovery and the opportunity to grow up with no more health issues!!!

Poor little Zac. What a busy time for you. Hope all is well now and a speedy recovery is on the way.
Most plans can be changed when we have to.
Love seeing your work...

Cute little guy..so sad that he has to face such difficult challenges. It is really hard when a loved one is ill but even more so when it is a child. Hope he is recovering well and quickly!