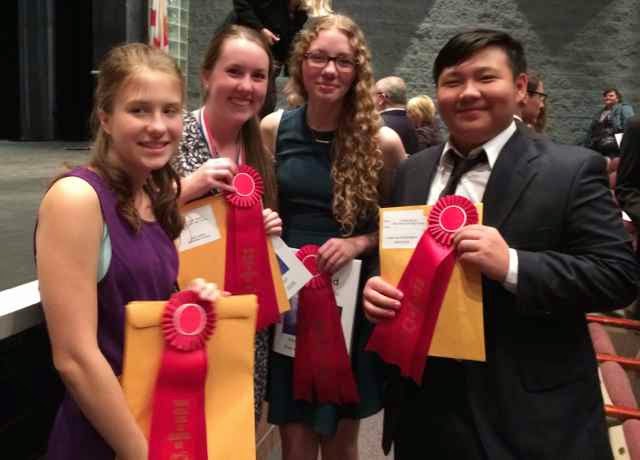 Fair weekend has come and gone.  Many ribbons were awarded, along with scholarships and cash and assorted goodies. 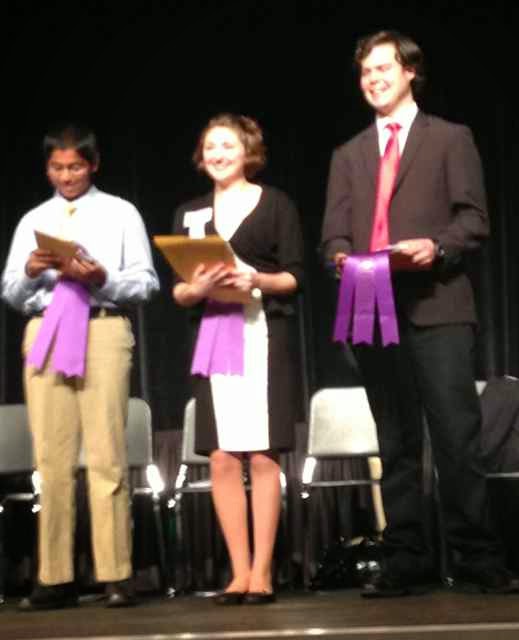 The best of show winners will be moving on to international in Pittsburg while the first place winners will move on to the state competition in Lakeland. 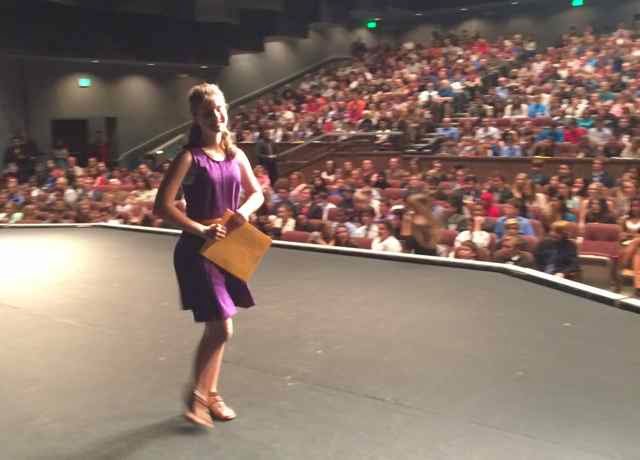 Anna's project won second in her category.  The first place winner went on to best of show, though, so she felt good about her red ribbon. 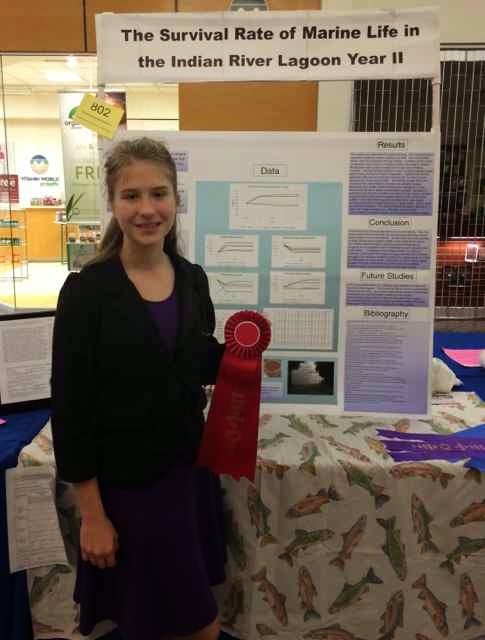 Here she is at her board.  She continued on with her project from last year about water quality, but added brine shrimp to her oyster shells.  Despite missing out on a state bid, she has been invited to compete in 4 other follow up contests.  She is most excited about one called I-SWEEEP which takes place Houston in May.  It is an international environmental science fair and she has already started chatting with some other participants from Sweden. Here are Anna and River after the awards.  They have been spending quite a bit of time together since Science Olympiad last month.
So, as you can see, there hasn't been much sewing time as of late.  I keep thinking that things will slow down soon, but I am constantly surprised as new things pop up.
Posted by scraphappy at 8:16 PM

Congrats to your very pretty and smart girl! Enjoy all of the busyness....she will be out of the house before you know it.

Congrats! My nephew is one of those science fair geeks. He wins regional just about every year. Always amazes me what the kids do, they are so much smarter than we were.

Congrats to Anna! Wow - she gets to go to Houston! How fun.

What a great accomplishment for your daughter! And yes Life does often interfere with sewing, It's nice when it's happy things.

Congratulations to Anna. Her project sounds really interesting. It's wonderful that she is invited to other fairs.

Congratulations to your young environmentalist and her understanding of her world. Bravo Anna and good luck at the next science fair.

Congratulations to Anna. Where a door closes, a window opens and she's on to the international environmental fair! Wow! Well done; the environment is such serious business now. You must be very proud of her accomplishments.

Congratulations to Anna. Sounds like her project was exceptional. It's so nice when their hard work pays off.

Hope things slow down a bit so you can catch your breath.