This block idea came from Sophie at Block Lotto, though she used a different method to make hers.  Either way would work great, hers has fewer seams, but mine has simpler construction. 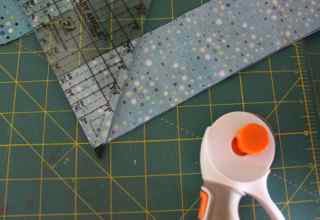 This one is a nine patch, and so the subunits all come from 2.5 inch strips using the easy angle ruler.  It is handy that way. 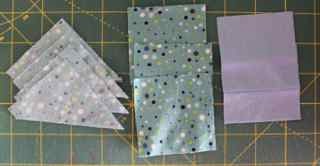 Using the easy angle ruler, take a dark and light teal strip and layer them right sides together.  Cut 4 HST units.  Now separate the strips and cut three dark squares and two light squares from the 2.5 inch strips.  I used a teal as the "dark" and a sky blue for the light.  I like the blue sky behind birds, but also think it will help with the transition between blue and teal in the finished quilt. 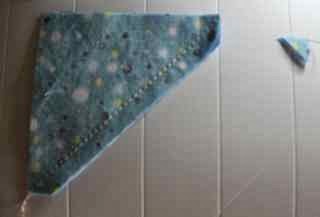 Sew the HST blocks together along the hypotenuse and trim the dog ear.  Press half the seams toward the dark and half toward the light. 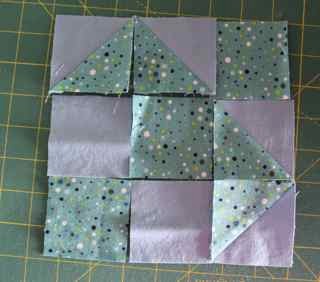 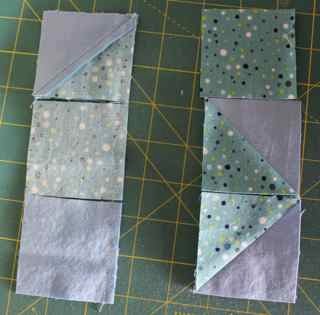 This is my favorite way to sew a nine patch without getting the pieces mixed up.  First flip the second column on top of the first and chain sew the three units together without snipping the string that holds them together.  Next open the second column up and add the third column to the end of each row. 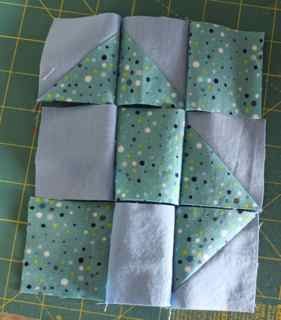 This allows you to check the block placement before getting the rows sewn together.  Looks good?  Now sew the row together, taking care to alternate the seams. 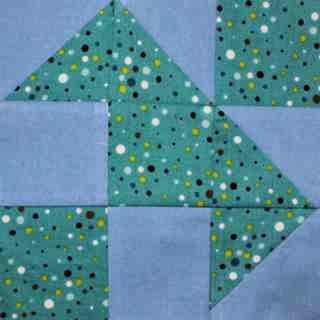 Press and enjoy.  A quick and easy, if somewhat geometric bird.
Posted by scraphappy at 11:05 AM