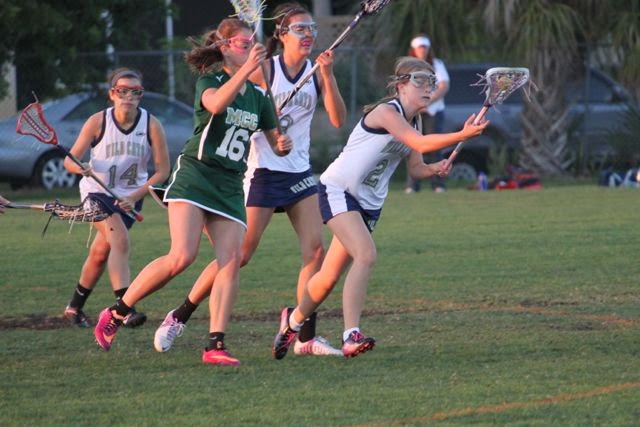 My principal was the administrator on duty for the lacrosse game tonight and delivered ice to the concession stand where I was working.  He joked that I seem to be everywhere.  Between the job and the kids it isn't far from the truth.  Sydney and I manned the snack stand while Anna was on the field.  She got some playing time tonight and was SO happy.  The coach of the other team was one of her coaches last year on the rec. league team.  We live in such a small town sometimes, I love it.   Ryan is in Orlando at the Mathcounts state competition though he will be back for the final dress rehearsal for the junior high musical tomorrow.  So no sewing tonight, though I did go for a run after school and before the game.  Shocking right?  Two whole miles.  I read that Amy had started running again and felt inspired.  So thanks Amy!  It felt great:)
Posted by scraphappy at 9:10 PM

I mean.....OH YAY!!!! I'm glad I can inspire...
{{now I'm feeling guilted into getting on the treadmill in the morning, seeing I haven't run since Monday}}

It's ALSO inspiring to read over your blog, KNOWING that green grass and sunshine will eventually be in our presence again as well ;) LaCrosse isn't a sport offered at our lil' school, but it's part of the PE curriculum.
And GOOD LUCK RYAN!!!!

I am impressed, as busy as you are to find time running....a big pat on the back for you!!

I'm confused... You are in the concession booth while your daughter plays? Other people get to watch her, but not her parents? Something is rotten here.
Hugs

How you manage to get anything done at home with a full teaching load and three active kids just amazes me. I have just one and that wears me out!