Puttering the Day Away 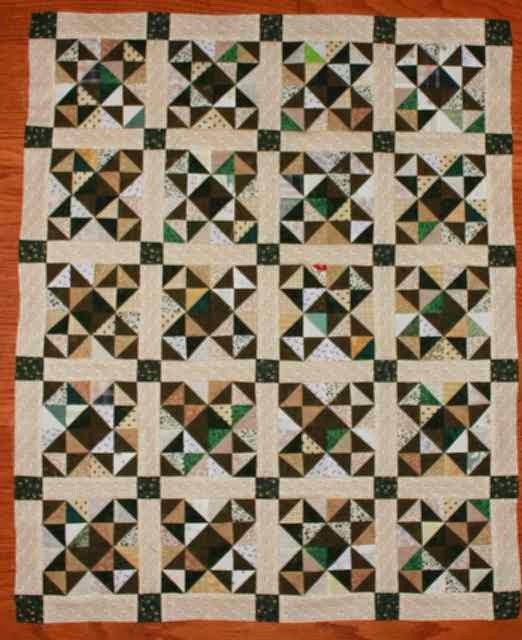 I did get a little bit of sewing done today, amongst all the rest.  These are the broken dishes that were finished last weekend.  Finally together forever.  They need a border of some sort.  Fairly wide I think.  Maybe green?  Applique would be nice, but I'd like to get it done sooner rather than later. 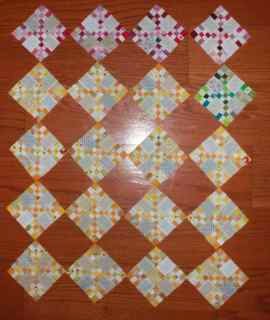 Here are the baby nine patches so far.  There isn't so much contrast in the yellows.  Not sure yet where these are going.  Originally I was thinking of an Omigosh Quilt, like this one.  Or maybe a Birthday Quilt like this one.  But now I am thinking of choosing a different alternate block.  Time will tell. 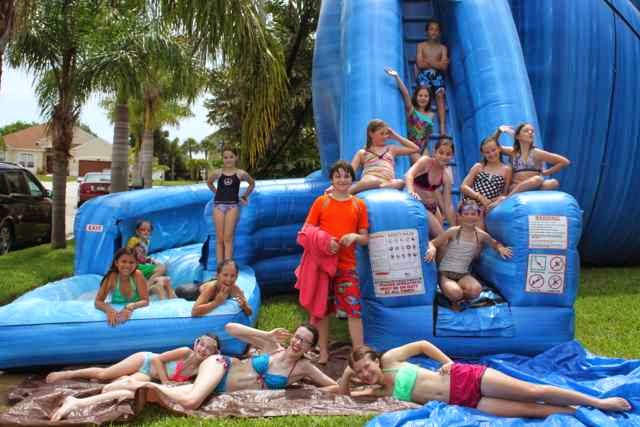 Speaking of birthdays, I don't think I ever posted about the big party last weekend.  We had a giant water slide for both Ryan and Sydney.  Anna had a few friends too of course.  Much fun was had by all. 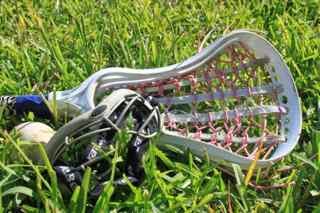 Each of the kids was supposed to choose a summer project.  Anything at all they wanted to do to keep busy this summer.  Mainly it was so that if anyone got bored, I could say, "Hey, why don't you go work on your summer project?".  Ryan is doing some i-pad app programming, Sydney is going to read all of the Sunshine State books, and Anna signed up for a photography class.  Every time I go to take pictures off of the digital card, it is full of all of her "homework".  This was here first assignment.  Something that represents her.  So she used her lacrosse gear.  Honestly, it looks like a baseball in the background there, but who am I to second guess?
Tomorrow is the big power lifting competition....match....round....?  Whatever it is when you go and see who can lift a lot of weights.  Anna and Ryan are both competing.  I'll be sure to take lots of pictures, maybe even a video or two.  Who would have thought my kids would be into power lifting?  Never would have predicted it.
Posted by scraphappy at 9:09 PM

Love your quilts - you amaze me how you find time to make such complicatec quilts with husband, kids, job etc! Kids will surprise you every time! None of mine did power lifting though LOL!!!!

I want a big water slide for my birthday!That looks like a blast!!

Kids are there to surprise you... keep you on your toes. (Even in their 40s mine surprise me.)
Happy Sunday!
Hugs

Your broken dishes quilt is great and whatever you decide to do with the omigosh blocks will be wonderful too. That waterslide looks like so much fun. My birthdays were never like that. Do kids realize how lucky they are?

Lots of options for both quilts. That's the fun stage deciding what's next.

Isn't it amazing what your kids decide they want to do? Drama Teen has a creative writing workshop this week that she's attending.

Applique really would be nice even if it does take a lot of time!

It's wonderful that your kids are into so many activities. It keeps them interesting and out of trouble!!