Ms Johnson is my next door teacher at school.  She had reserved 3 spaces for a sea turtle walk ages ago, but couldn't go.  So Kurt and Ryan and I went instead.
15 years ago when we came to here for Kurt's second job interview we stayed at a hotel on the beach.  The first night we watched dolphins swimming in the offshore.  Then in the morning we got up early for a morning walk on the beach and almost stumbled over an emerging sea turtle nest.  They had started hatching during the night and we watched as the last few turtles finished making their way to the water.  Kurt says he knew at that moment we were moving to Florida.
So last night started at 9 with an educational talk while scouters went out to the beach to search for nesting females. 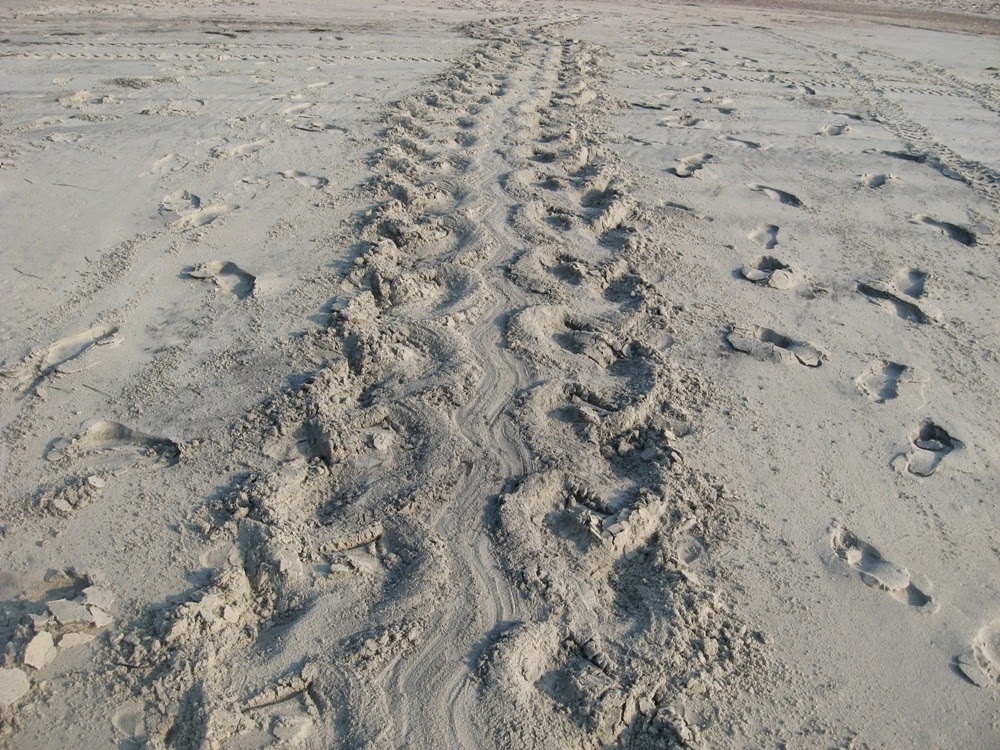 They look for tracks coming up out of the water.  Both Greens and Loggerheads nest here, but you can only watch the Loggerheads which are threatened and not endangered.  They have distinctive tracks which are easy to tell apart.  I didn't take any pictures, because it was dark and you are not allowed to have anything with a light to disturb the turtles.

Before long we got a call that there were a couple of females headed up the beach and starting to dig.  We waited until the nest was dug because by then they are fully committed.  Once the labor started they called us all down and we hiked down the beach to the nesting site.  The first lady was missing a back flipper and and having trouble, so we let her be and went on to the second.  As we arrived she was just getting ready to drop her first eggs.  As we sat and watched, she dropped over a hundred eggs!   One after another, plop, plop, rest plop.  The ping pong sized eggs slowly filled up the nest.  Then she covered it all back up with sand and camouflaged the nest before turning around to heading back to the ocean.  We all watched as she finally made it to the water and cheered as a big wave helped carry her away.  Then as we started to head back, the injured turtle was also plodding back to the water and we watched her return as well.  It was almost midnight when we finally made it back to the welcome center.
So we skipped power lifting this morning.  I would have been OK with a nap later, but poor Kurt has to work.  The girls are off to theater camp again today.  They are doing Music Man Jr..  Anna is Marian the Librarian and Sydney is Zaneeta, the mayors daughter.  They even recruited Ryan to help with the lights and sound during the show.  Much excitement for everyone!
Posted by scraphappy at 8:32 AM

I had never heard of this before. Sounds so interesting and fun!

Those are the kind of things I love about living in Florida!

What a fun event to witness!

What a neat experience! I have never seen anything like that, WOW!

Thank you for sharing this experience with us!! So interesting! I hope the turtle with the missing flipper was able to camouflage her nest okay, poor thing!

Such fun! I remember that the lights on the beach were red for the turtles one time we came down. Very neat.

What a privilege to be able to participate in something like that! I remember watching some fairy penguins come up the beach one night in Victoria. They were so utterly cute waddling up that beach!

What an interesting experience!