This block is simple enough, but when you look at how to sew it together, it gets a bit tricky. There isn't a good place to start because the seams all rotate around and interlock. You could solve this problem by splitting one of the rectangles into two squares.   That does introduce an extra seam though.  Using partial seams is another solution. It isn't as hard as it might seem -- so give it a try -- you might like it!

You will need a central square that is 2.5 inches.
In addition you will need 4 rectangles that are 4.5 by 2.5 inches.
I chose to use two each of two fabrics, you could also use a different fabric for each. 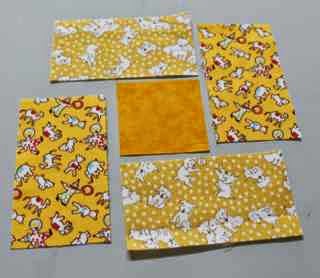 Here is the basic block design.  The four rectangle rotate around the center square. 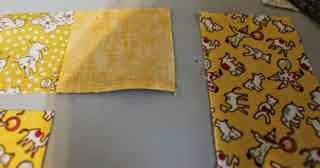 Finding a starting place is accomplished by sewing half of a seam instead of a whole seam block.  Place the center square, right sides together at the right end of the top rectangle.  Instead of sewing the entire square, start right in the middle and sew to the end. 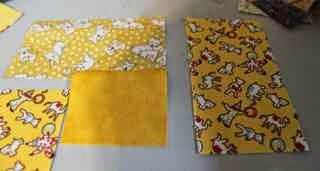 Now you have the square connected, but the end of the rectangle has some space to join the last seam at the end.  Finger press away from the central square. 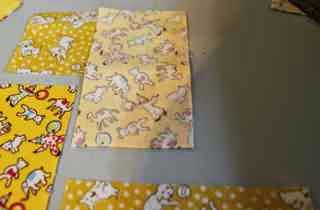 Fold the right rectangle on top of the joined unit and sew a normal seam. 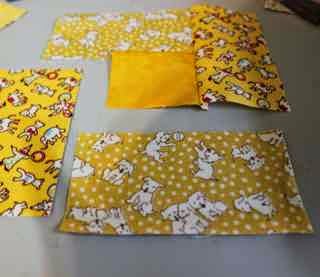 Open the right side up and finger press.

Next, move on to the bottom rectangle.  Fold it over, right sides together. 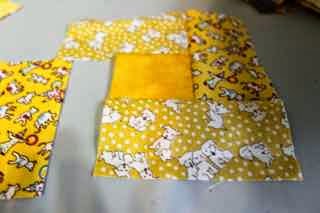 Sew this on as a normal seam. 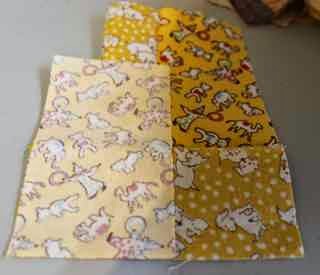 You are almost back to where you started.  For the left rectangle, make sure your top rectangle stays out of the way for just a bit longer.  The partial seam from the first step should make this possible.  Sew the left side on with  normal seam. 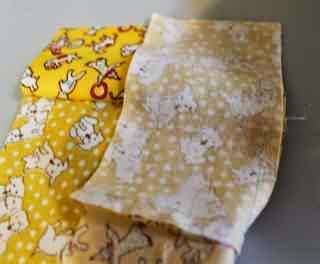 Now you are ready to complete the cycle.  Open and finger press the left side rectangle.  Next fold your partially sewn top rectangle back down and sew from the end to the point where your first seam stopped. 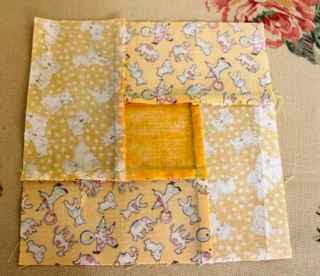 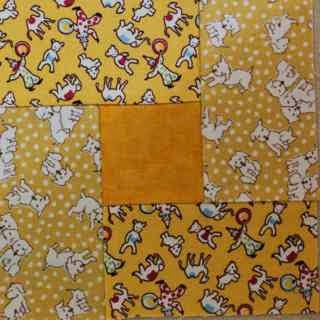 And here is your finished block.  This is one that would be easy to change up by using a larger center square or different combinations of fabrics.
Posted by scraphappy at 9:13 PM

Thanks for the tut, Angela. Nobody would know there was an abnormal seam there. You did a good job.
Hugs

I've never tried a partial seam, so this is going to be a good learning experience.

Such a great technique! That's what I love about samplers - learning new tricks of the trade!