There never seems to be enough time or energy during the week to do much on the sewing front.  Theoretically there is time, but it never goes with energy.  I did catch up on some ironing though. 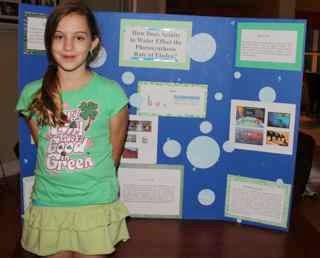 There was quite a bit of time spent on Sydney's Science fair project on the effects of acid rain on elodea.  Anna has Lacrosse conditioning every day and needs a ride home.  Ryan has football two evenings each week.  Don't forget Academic team on Mondays and Legos on Fridays.  This Saturday I'm at Science Olympiad and Ryan has a math competition.  Though they are both in Orlando, they don't seem to be very close to one another.  Life is good, but sewing time will have to squeeze around all the rest for now. 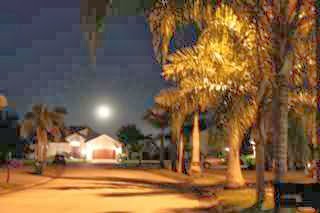 I took the dog for a walk after dinner tonight and the moon was HUGE.  I thought it looked so pretty framed against the palm trees but just couldn't capture the moment in a photo.  Maybe someday I'll take up photography if I need a new hobby.
Posted by scraphappy at 7:32 PM

I know, I know... I want to see playing with fabrics too, but.... I'm beat and simply want to catch up on blogs and FB by the time I finally sit down in the evening. Our schedules are quite identical; we truly understand each other :)

I was thinking the same thing today when I was trying to take pictures for a blog post. Time doesn't get better once the kiddos leave home either, even less energy. I must say that RSC has motivated me, I got a lot of things done this week I wouldn't have, so thanks!

The moon does look huge up in the sky tonight. I hear you on the have time and should sew in the evenings.... the energy? Better to just sit and relax on the couch.
Busy, busy weeks you have and weekends too. Hope you can get some slow stitches in to relax a bit.

Nice moon. Similar scene looking down the street BUT mine is of a near by bush fire.
http://jobutterfield.blogspot.com.au/2014/01/lancefield-fires.html

Your schedule sounds like ours. DT is in the middle of data collection for her science fair project on gender bias in visual recollection.

The moon has been spectacular this week, but it's so hard to photograph.

Sometimes it's difficult to get time to sew! But I'm really on a mission to complete last years RSC quilts! It was a full moon yesterday, but it was cloudy in my part of the world.

You are a very busy and involved Mom and that is so very important!

When you do find time and energy to quilt I think it just makes it all the more enjoyable.