It's all Amy's Fault 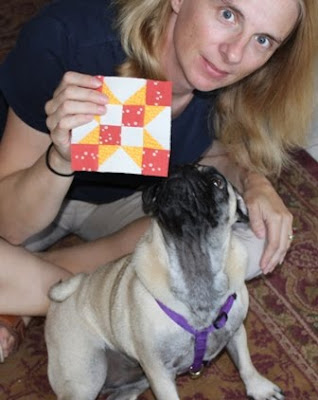 I'm blaming Amy for this one. I was going to let the midget blocks sit until next week and then decide if I wanted to do another mini Monday or tiny Tuesday. She had to go and get carried away working on the third block though. I couldn't let her do it all alone. It was my idea after all. So I just had to make another itty bitty block. This one is number two. I think they must be done in order. I would spend too much time trying to decide what to do next if they weren't. 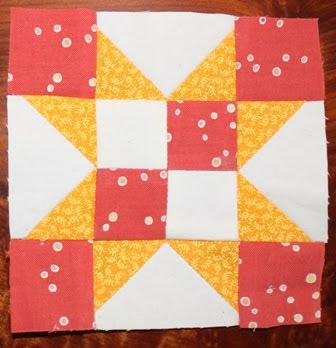 Little quilt blocks are just so much cuter than big ones. Too bad they aren't so much quicker to make. This one is called Indian Star or Kansas City Star and it is dead on 5 inches.
Posted by scraphappy at 5:47 PM

You girls..I am trying to resist these cute little blocks...:)

I'm certainly going to resist these. If I want to do something small I've got the Dear Jane blocks to get on with, but I'm trying really hard to get everything up to date in August so that I can start to play with some of my own designs that are scrambling around in my head.

Did you use the Kansas City Chiefs colors on purpose for this block? I love it!